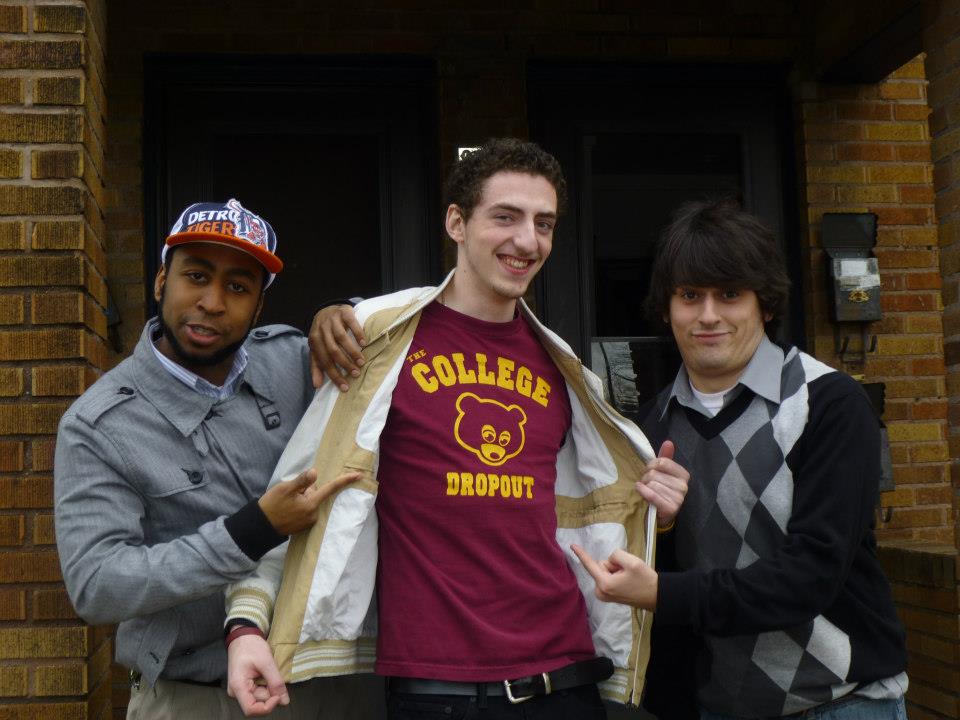 above: my two best friends and me on graduation day
from left to right: jwebb, elzee, migreva

On December 16, 2012, I graduated from the University of Michigan with a Bachelors of Science degree in Computer Science from the College of Literature, Science, and the Arts.

What've you been up to?

A lot of people have asked me what I've been up to since graduation, and why I, like most graduates, didn't start a job straight out the gate. I've been doing a few things:

Last semester, while in this class, I also began working on an original idea for a TV pilot with a friend of mine who recently graduated from Michigan's Screen Arts and Culture department (read: film). The show is a Louie-esque comedy about recent college graduates in the city of Detroit. We have been working diligently to complete the pilot, and our goal is to have it completed within a couple of months. Since graduating, we have ramped up our efforts on the show, and I have been unofficially auditing SAC 411, the second level TV writing course at Michigan, in order to learn further about writing TV pilots.

Since my internship at Zappos this summer, I have taken a big interest in web development (in particular, front end development), and have been doing as much as I can to learn more about it.

A good friend of mine is working on starting a company, BitBox. He wants to provide an effortless exchange between Bitcoin, an emerging online currency, and the US dollar; in hopes of helping Bitcoin become more mainstream and accessible to the masses.

I have been helping BitBox flesh out their technical direction, help with their website, spread the word about Bitcoin, and screen potential candidates for employment. Additionally, I will be working with them to perfect their pitch, and joining them on the 2013 Bay Area Entrepreneurial Experience (now called the Weather Underground Startup Trek), a University of Michigan sponsored event for entrepreneurs.

Toward the end of last year, my grandmother has not been doing as well as she'd been doing in months prior, so I've been taking out a little extra time to visit her more regularly.

This should go without saying.